Street parties and celebrations were held across the area as the Queen celebrated her official 90th birthday this weekend.

This picture special rounds up some of the events which took place to mark the occasion.

We’ll be updating this page throughout the week. Email expressnews@baylismedia.co.uk if you want your celebrations featured in the Express.

DATCHET: Hundreds of people crowded onto Datchet Green to celebrate the Queen’s birthday.

‘Party for the Queen on the Green’ took place in the village on Sunday.

A range of stalls were set up from cupcakes to henna tattoos. Datchet Village Society had a tent with information about royal visits to the village using pictures from its archive.

The rain held off for a packed timetable of performances drawing crowds to the middle of the green.

Bollywood dancers from ‘Love the Beat UK’ performed a selection of dances.

The group’s choreographer Kay Sarna showed children and adults who were brave enough to give it a go the basics.

Kay said: “It’s brilliant, everyone was having a go and now the sun’s out.

“We do a lot of different performances and we’ve been practicing for this for a few months.”

The Datchet Community Choir also took the stage for only their second public performance.

They were helped out by children from St Mary’s Primary School and wowed the audience with a handful of hits, finishing with Queen’s Under Pressure.

Fred the Dustman, an entertainer from Colnbrook, was teaching children how to juggle and plate spin at the other end of the green where there were games on offer. 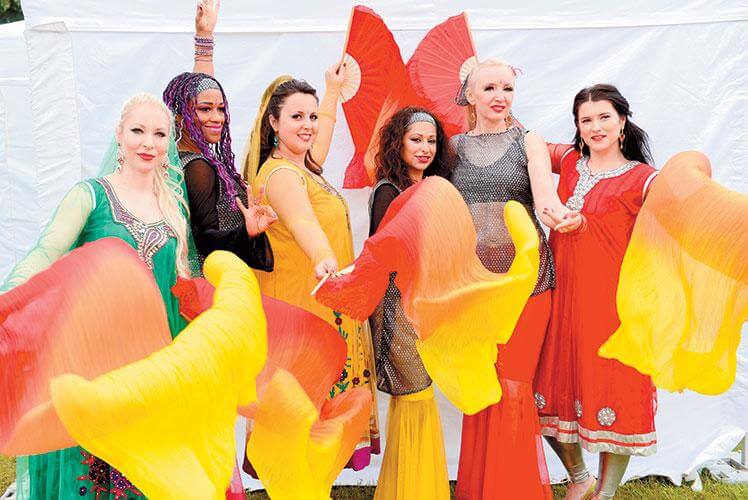 Get the latest from us directly to your inbox